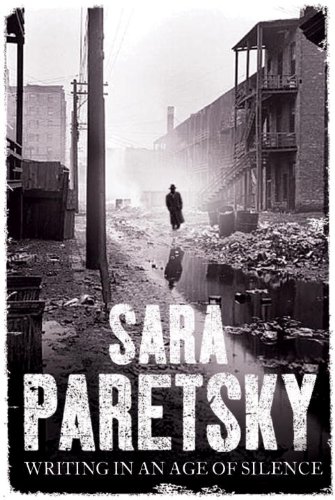 Writing in an Age of Silence

In this brief, potent memoir, bestselling novelist Paretsky ( ) proves as sharp and straight shooting as V.I. Warshawski, the female private investigator she's made famous in 12 novels. Carefully sketching her conjoined lives as an artist and activist who cut her political teeth on the civil rights and feminist movements of the 1960s, she paints a moving portrait of herself as an engaged intellectual looking to make a substantive and life-affirming mark on society. Paretsky can be pointed in recollecting childhood influences—including Louisa May Alcott's , and her realization that the only woman writer taught in school was named "George"—and how they play into silences faced now by writers and citizens. Paretsky is also passionate about the religious right and the Patriot Act, but her views on how the current administration treats women's sexual and reproductive freedoms are among the most powerful. "The junior Mr. Bush has given free rein to corporate venality," she asserts, " but he is adamant about controlling the sexual behavior of women both at home and abroad. Little girls, you must get Daddy's permission for what you want to do in the privacy of your bedroom." Paretsky's informed views illuminate her fiction and add dimension to discussions of the political responsibilities of the artist.