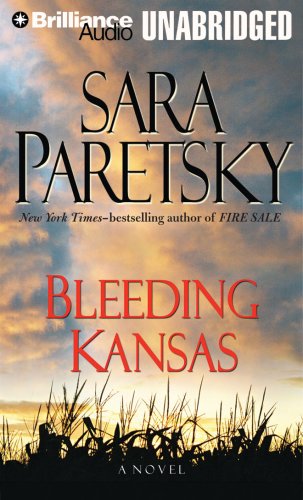 Paretsky takes a break from the mystery genre with this powerful, emotionally genuine tale about the ties of love, family and religious belief in a rural Kansas community. The history of the Schapens, Grelliers and Freemantles in the Kaw River Valley dates back to the mid-19th century, but time, old grudges and religious differences have eroded the bonds of friendship. When John Freemantle's niece moves back to Douglas County, her Wiccan rituals and antiwar activism cause controversy and indirectly inspire teenager Chip Grellier to enlist in the army. After Chip's death in Iraq, the Grellier family begins falling apart. Meanwhile, the fortunes of the Schapens, devout fundamentalist Christians, rise with the emergence of an apparently perfect red heifer, the sacrifice crucial to the rebuilding of the Temple in Jerusalem and the Second Coming of Jesus. This audio's power is in its richly evoked characters, and Susan Ericksen's expressive, sympathetic voice partners perfectly with Paretsky's text. She distinctively voices men, women and teenagers with careful shifts in pitch, inflection and accent. In the end, listeners will be both satisfied by the realistic, uplifting ending and bereft at having to say good-bye to Paretsky's painfully real Kansans.