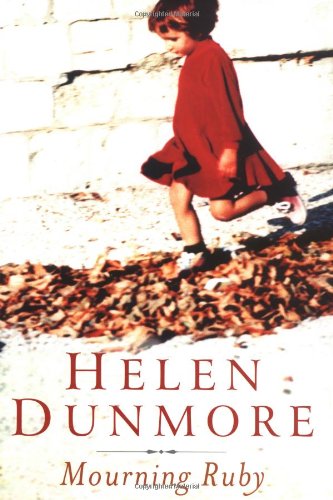 When Rebecca, the narrator of most of Dunmore's fine, almost unbearably sad eighth novel (after 2003's , shares a flat with Joe in London, she begins to enjoy the pleasures of friendship and family for the first time in her life: she was abandoned as a baby and adopted by a couple remarkably unsuitable for parenting. Joe, a historian interested in Stalin, introduces her to simple pleasures and shows her that loneliness need not be permanent. And it's through Joe that she meets Adam, a neonatologist who becomes her husband and the father of their daughter, Ruby ("For the first time, I was tied to someone by blood"). Given the book's title, Ruby's death is no surprise (though it's still heartbreaking without being melodramatic), and Dunmore plumbs the consequences of loss: How does one mourn, and then accept, the unacceptable? Numbed by Ruby's death, Rebecca drifts away from Adam, finding diversion in a job as an assistant to a hotelier, Mr. Damiano; Adam buries himself in his work with premature babies. Ambitiously, Dunmore complements this tragic narrative with two other stories, one autobiographical, told by Mr. Damiano, about growing up in a circus where his parents were trapeze artists, and one told by Joe, a work of fiction set during WWI about a man and a woman who could be his and Rebecca's ancestors. Rebecca's own story isn't told linearly, so these narrative asides aren't as distracting as they sound. And they are critical to the author's main theme: that narrative is a key to understanding and to acceptance. This is that rare novel, an intensely emotional, fiercely intelligent story, fiction with the power to offer redemption.