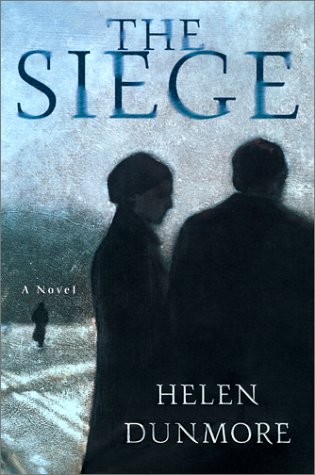 In a novel whose every observation is so sharp the words almost hurt, Dunmore takes a giant step away from her praised domestic psychological dramas set in England. This urgent narrative brings shocking news, although the events Dunmore chronicles took place six decades ago, and mirror ancient, universal struggles. It's 1941; Leningrad is under siege by the German army and the relentless winter. Thousands will starve or freeze before spring, but Dunmore shuns the moral numbness of numbers. She compels us to live inside the skin of Anna Levin, a 23-year-old artist and nursery-school teacher. In chaste yet shimmering prose, Dunmore conveys the sourness of Anna's hunger, her anguish over whether to eat an onion immediately or save it to sprout so that her five-year-old brother, Kolya, may have the precious vitamins in the new shoots. Anna's mother died when Kolya was born, and Anna must also feed her ailing father, the writer Mikhail, who has fallen out of favor with the government. As winter closes in, his one-time mistress, the faded, gallant actress, Marina, joins their household, bringing her precious hoard of cloudberry jam. Andrei, a physician who loves Anna, stumbles home from brutal days at the hospital to help huddle Kolya against the interminable icy nights. Lauded by the British critics last year, the novel is a signal achievement, and Anna is a true heroine for our times—tender in love, passionate in art, unyielding in her will to survive.

A Spell of Winter