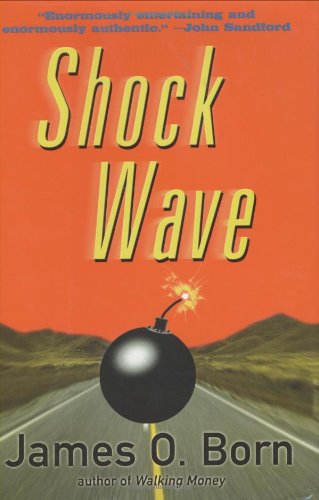 An eccentric cast and a credible plot lift Born's second Florida-set crime novel (after 2004's ). Bill Tasker, agent in Florida's Department of Law Enforcement, is recovering from his divorce as well as from nearly being set up for arrest by a rogue FBI agent. He comes up against the usual local lowlifes when he busts the would-be seller of a black market Stinger missile. He suspects others might be involved, at first believing Daniel Wells, a repairman with a beautiful wife, to be in on the business. When evidence turns up that suggests otherwise, Wells is released—after which it is revealed that he might have been responsible for a recent deadly bombing and could be planning something even bigger. With the help of his friend, Miami cop Derrick Sutter, and the limited assistance of ATF agent Camy Parks, Tasker starts to dig. Wells has an uncanny ability, however, to stay just ahead of his pursuers. Brisk if a little confusing at the beginning as the plot threads are worked into place, the narrative picks up considerable speed and comes to a satisfactory, if open-ended, conclusion.