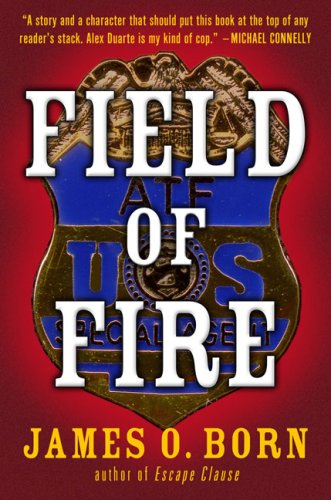 Born's fourth thriller introduces a new hero, but an implausible premise, stock characters and some clichéd prose may disappoint fans of his earlier novels ( , etc.), which featured Florida lawman Bill Tasker. ATF agent Alex Duarte, who has seen military duty in Bosnia, is on assignment in South Florida. After a wanted fugitive, Alberto Salez, whom Duarte has arrested, gives him the slip, Duarte becomes involved in a high-level investigation into a series of bombings that Deputy Attorney General Roberto Morales, an Alberto Gonzalez–like figure, suspects are the work of radical labor unions. Meanwhile, a shadowy hit man is pursuing Salez in an effort to silence him. The author, himself a special agent with the Florida Department of Law Enforcement, puts little of his own real-life expertise into the plot. Despite advance praise from Michael Connelly, Tess Gerritsen and W.E.B. Griffin, this effort falls short of the standard set by top-rank suspense writers.