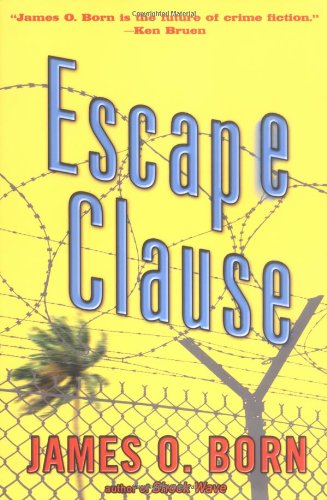 In Born's occasionally flat but mostly rewarding third crime thriller to feature Bill Tasker, the dogged, genial Florida Department of Law Enforcement agent looks into the murder of Rick Dewalt, a privileged inmate at the Manatee Correctional Prison in rural Gladesville, Fla. Tasker is nearing burnout after a couple of intricate, dangerous cases (presumably those chronicled in the first two novels in the series, and ), and after shooting a bank robber while off-duty (this shocking scene opens the book and is one of its best). The correctional officers at Manatee guard their turf with predictable jealousy, but it becomes apparent that Dewalt's murder is part of some much larger scheme. Tasker finds himself both hunter and hunted as he delves deeper. Born is good at characterization, notably the refreshingly modest Tasker, and the story line is reasonably plausible, but some awkward plotting and extraneous detail suggest Born is still learning his craft while retaining his "day job" as a special agent in the FDLE.