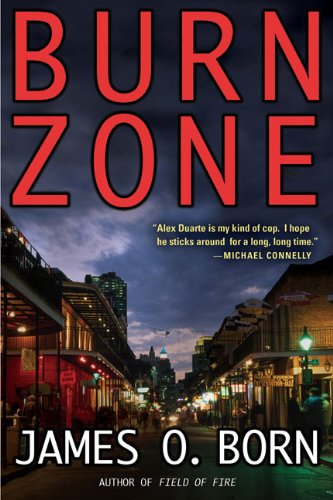 ATF agent Alex Duarte, who debuted in Born’s (2007), remains a man of action but, alas, little else, in his second outing, an otherwise snappy, well-plotted crime drama set in Panama and New Orleans. Duarte and several other federal agents are trying to track down a drug lord known only as Mr. Ortíz, a shadowy Panamanian suspected of shipping tons of marijuana to the U.S. In reality, Ortíz is exporting something far more dangerous: a nuclear bomb. Born, himself a state police officer in Florida, offers the kind of real-life detail one would expect from a law enforcement professional. His previous series, which featured Florida cop Bill Tasker ( , etc.), stood out from the pack largely because of the layered persona of his protagonist. In contrast, Duarte has the requisite toughness, but aside from being a man of few words—particularly around the ladies—his character has few distinguishing features. Hopefully, Born will make his hero more a leading man than a background player in subsequent adventures.