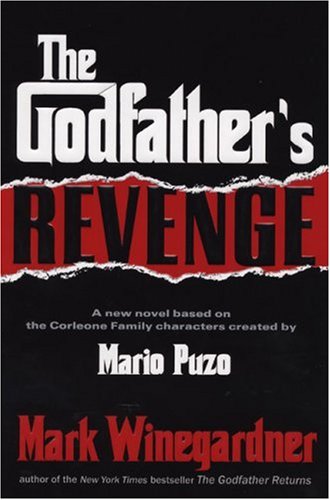 In Winegardner's mediocre second sequel to Mario Puzo's classic (after 2004's bestselling ), La Cosa Nostra gets involved in a plot in the early 1960s to assassinate a JFK-like U.S. president, Jimmy Shea. Instead of building on the fascinating characters Puzo created, such as Michael Corleone, the reluctant successor to his father's Mafia empire, Winegardner dwells on the machinations of Michael's main rival, Nick Geraci. When Geraci mysteriously disappears and eludes capture by the authorities, the reader learns in a jarring nod to Osama bin Laden that "the most powerful nation on earth had deployed skilled intelligence and law enforcement personnel to conduct a gigantic manhunt for a powerful and resourceful leader of a secret criminal society—a tall, imposing, bearded man with a chronic, withering disease—and somehow failed to find the cave where he was hiding." fans might prefer getting reacquainted with the original novel and the two better of the three films it inspired.