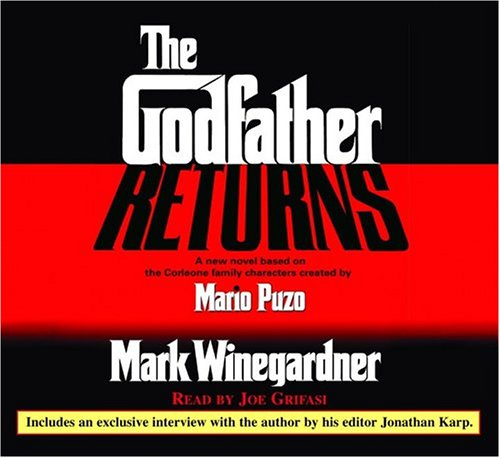 Even the most avid fan of Mario Puzo's seminal gangland saga and Francis Coppola's subsequent classic films may be hard-pressed to keep track of who's doing what to whom in this breathlessly paced audio. Of necessity, Winegardner's intriguing novel, designed to supply the missing years in Don Michael Corleone's rise and fall, uses shorthand to move past familiar events. This heavy abridgement intensifies the novel's choppiness, with some of its fascinating characters eliminated (such as Michael's niece Francesca) and others (underboss Pete Clemenza, singer Johnny Fontane) reduced to a bare mention. The primary focus here is on Michael, family lawyer Tom Hagen and newcomer Nick Geraci, a remarkably adaptable Corleone lieutenant who turns against the family, using Michael's hapless brother Fredo to bring him down. The always reliable character actor Grifasi ( ; ) has the perfect vocal authority to glide easily from tough to thoughtful. By providing Michael with an educated, coldly unemotional voice and Geraci with a rough but warm one, he smartly underscores the difference between the two foes while suggesting that the latter may be the surprise protagonist of the piece. The production closes with a discussion of the novel by the author and his (and the late Puzo's) editor, Jonathan Karp. It's a pleasant exchange, but the basically uneventful 16 minutes could have been put to better use by squeezing in more of the novel itself.