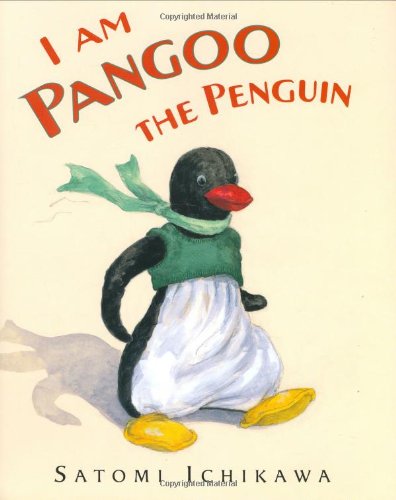 I Am Pangoo the Penguin

As Ichikawa's ( ) charming story opens, Pangoo the penguin says, "I love Danny and Danny loves me." This affable stuffed animal, sporting a scarf and sweater vest, accompanies his cherubic, towheaded owner everywhere. A series of adorable spot illustrations attest to them playing, eating and sleeping together. Pangoo especially loves visiting the penguins at the Central Park Children's Zoo. But after Danny receives a menagerie of new stuffed toys for his birthday, he brings them to bed while Pangoo spends the night alone for the very first time. The next morning, Pangoo decides to join the penguins in the zoo. When one of the zoo penguins asks him if he likes living in the cold, eating fish and swimming, however, Pangoo dejectedly decides that he "cannot belong with them." Suddenly he hears Danny, who has come in search of him, and the two have a joyful reunion. As the tyke snuggles with Pangoo at bedtime, the penguin happily concludes, "I know just where I belong." Echoing the winsome tenor of the text, Ichikawa's unadorned, softly focused watercolor art reflects both the hero's emotions and his unconditional love for his toddler owner. Ages 4-up.