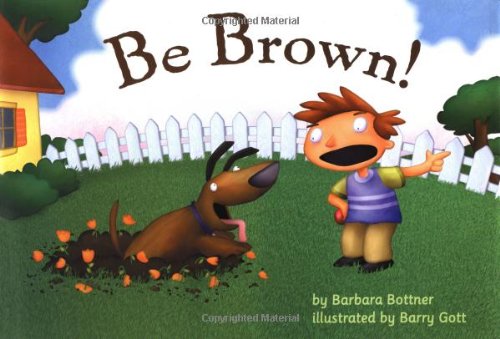 Bottner () and Gott () treat readers to a simple, effective tale of a boy beleaguered by a disobedient dog. The poker-face text, made up of one- and two-word commands, inspires hilarious animated illustrations of the pup doing the opposite. "Sit!" shouts the boy in the opening spread. Instead, the perky pooch—who's as big as the boy—jumps up to lick him on the face. "Drop it!" the boy says as the dog feasts on a sneaker. Fueled by frustration ("Be careful! Be quiet!"), the boy finally comes up with a command his pet can conquer: "Be brown!" In the end, the two embrace as the boy finally comes to accept the distinctive character of his canine companion. All ages.