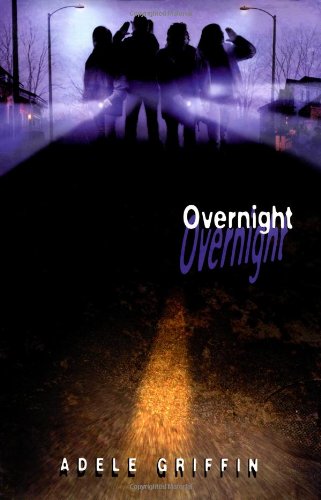 Griffin () once again penetrates the cruelty inherent in female cliques, but the novel does not live up to its provocative premise. Using a third-person narration, the author alternates among the perspectives of four of the "Lucky Seven," a group of popular sixth graders spending the night at Caitlin's house on Friday the 13th. The book begins with Gray, nicknamed "Mouse" by Martha, the group's de facto leader, for her quiet ways. Gray and Caitlin have been best friends since age five, due to their mothers' friendship, but Gray's membership in the group has grown precarious. Letitia, an African-American student new to the school who quickly sidled up to Martha ("Right away, Letitia had spotted the cool group. Martha Van Riet's group"), is angry with Martha for cheating on a science test and getting an A+; she uses the sleepover to begin breaking up the Lucky Seven. Gray goes upstairs for a drink and sees a "tattered apparition" at the sliding glass door; convincing herself that the woman is there for her, Gray leaves the house with her. The girls, meanwhile, use Gray's disappearance to jockey for position within the group. The novel excels in exploring Gray's thoughts when she realizes her mistake, and her alternating feelings of fear and hope for rescue. Although the author expertly captures the pettiness of the Lucky Seven, there are no likable characters here. Even the adults seem concerned only with keeping up appearances. Ages 10-up.