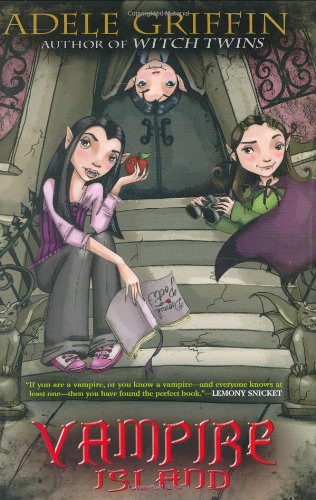 Griffin’s ( ) goes in for ghoulish humor with this tale of three siblings who are “fruit-bat vampire hybrids” living in Manhattan and posing as ordinary children. Their parents, who now earn unexpectedly good incomes by walking dogs (“because all dogs were so obedient under their instinctive care”) and play in a rock band called the Dead Ringers, whisked them out of the Old World four years earlier to escape dangerous pureblood vampires. But Maddy, the middle child whose predatory instincts are undiluted despite her impure bloodlines, correctly suspects that their mysterious new neighbors are purebred vampires from the Old World. Readers will know within a few chapters whether they will find the story gross (Maddy snags a Japanese water bug with her tongue) or very funny (when the elegant neighbors finally trap Maddy and plan to “taste” her even though her fruit-hybrid blood will probably be too sour, they explain their need to sample her because “You are simply the most awful creature Nigel and I have ever encountered”). Meanwhile, handsome brother Hudson flies over Central Park at night and uses terror tactics to launch a recycling program at school; and superstrong older sister Lexie spouts poetry and idolizes Jim Morrison, while her best friend seems more than a little unearthly. This one will win (or lose) its audience on the sheer brazenness of the plot. Ages 9-up.