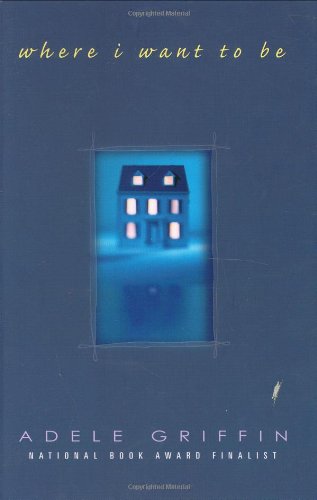 WHERE I WANT TO BE

Griffin explores some of the themes she mined so well in her . Here, however, the structure works against the development of the plot and characters. Readers know from the opening chapter that something is not right with Jane, as the third-person narrative describes her grandmother's infinite patience with Jane's odd behavior (letting the pet parakeet out of the cage, "stab[bing] the soft skin between her thumb and finger... just to feel something"). The next chapter, narrated by Jane's younger sister, Lily, complicates matters further by stating, "Jane died this past spring, but we can't talk about it." Thus the author sets up the book's central mystery—how did Jane die, and why is she still around? But while the ghost in aids in the family's healing, here Jane's baggage becomes a main focus. In the alternating chapters between Lily and Jane's points of view, Lily senses her older sister's presence several times, as does Lily's boyfriend, Caleb (whose near-death experience years earlier lends him a kind of hypersensitivity). A scene at a party seems staged to let readers know the rumors surrounding Jane's death, and the chapter in which the third-person narrative reveals how Jane died seems to put the emphasis in the wrong place—once again centering on Jane's issues instead of the surviving family's efforts to accept her death, whatever the cause. Readers, unfortunately, may not find much here to hold their attention. Ages 12-up.