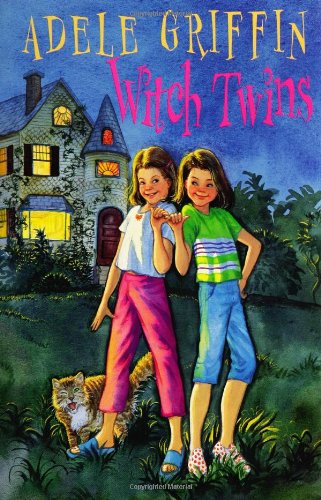 Less weighty than some of Griffin's previous novels (; ), this humorous fantasy introduces two witches who are identical twins. Ten-year-old Luna and Claire (born 13 minutes apart) may look the same on the outside, but on the inside they are "as different as the sun and moon, peaches and peanut butter, or long division and poetry." Unbeknownst to their parents and brother, both of them have received special powers from a recessive gene inherited by Head Witch Arianna, their grandmother ("Grandy"). According to the "Witch Decree," they are not allowed to cast spells at home, so more often than not, they have to rely on human smarts to solve their dilemmas. For instance, the twins fear that their divorced father's engagement to a "big and loud" Texan named Fluffy could result in their father moving to Houston, so they try (and fail) to thwart the marriage plans. As might be expected, the twins resort to witchery, but the results are never quite what they plan. When their hijinks turns to disaster, they learn it is not always wise to meddle with fate. Readers may find themselves yearning for more magic and fewer moral lessons, but the book has some entertaining moments, especially when Grandy enters the scene. Ages 7-10.