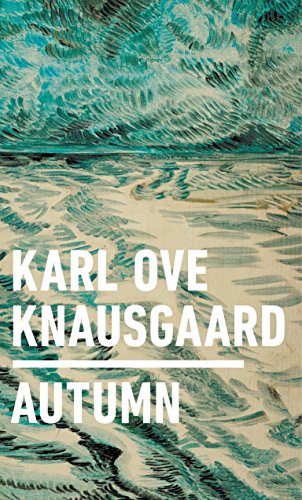 Novelist Knausgaard (My Struggle) eloquently expresses the delights, rewards, and insights of looking closely in this, the first of a projected quartet of autobiographical volumes based on the four seasons. Writing to his unborn daughter—the author and his wife, Linda, already have three other children—Knausgaard revels in everyday items such as tin cans and rubber boots; his perfect deconstruction of an old-fashioned landline telephone is a joy. His thoughts take to the heavens as well, whether contemplating the sun overhead, the arrival of twilight, or the migration of birds each year. He is not shy about exposing the scatological or the cruel in life; there is both softness and hardness in his musings, reverence and irreverence. Most of all, his writing encourages the reader to see the connections between quotidian things and the bigger picture and to appreciate both continuity and change. Autumn hums in the background as apple trees flourish and days get darker, and one looks forward to what associations he will uncover in the remaining seasons of the year. Agent: Andrew Wylie, the Wylie Agency. (Aug.)

Correction: An earlier version of this review listed the incorrect publisher.