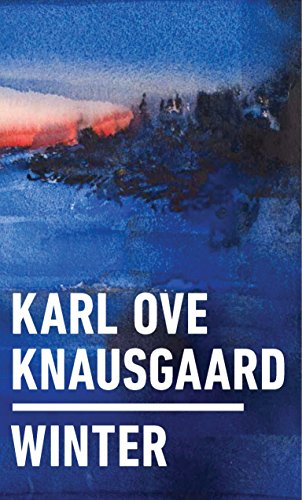 This second installment in a season-inspired quartet finds Knausgaard (Autumn) in a less autobiographical, more philosophical mood than in his six-volume fictionalized memoir, My Struggle. The short meditations collected here primarily take two forms: studies of the mundane—snow, manhole covers, Q-tips—and reveries on an idea—“the social realm,” “the conscious self,” “mess.” Whatever the subject, his pieces typically distill into a final reverberating, breath-catching image, such as of his elderly father with “winter in his soul, winter in his mind, winter in his heart.” There are also several profiles of acquaintances, including a photographer, Thomas, and a famous poet, Georg, but these fall rather flat. More poignant are the two letters addressed to an unborn daughter, and a third addressed to her as a newborn, in which the author is unusually direct and, one senses, sincere. Other essays can feel as though they are technical exercises, but invariably imaginative ones, whether he is comparing a cup full of toothbrushes to an “inverted, negated... vase of flowers” or describing a train as the “embodiment of longing.” Knausgaard’s prose performs the real work of literature as he describes it: “If the true task of poetry is revelation, this is what it should reveal, that reality is what it is.” [em](Jan.) [/em]
close
Details