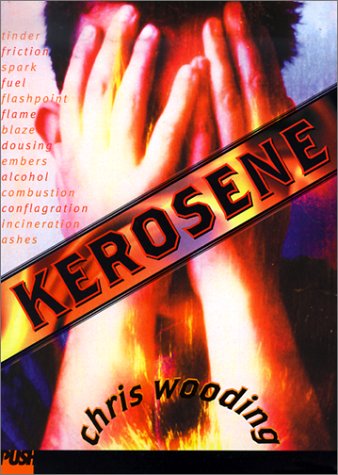 A pyromaniac makes for an unusual protagonist in this provocative first novel, but the plot unfolds too slowly, and the characters' actions are often unconvincing. Not only is 11th grader Cal painfully shy and filled with self-loathing, but the only thing that makes him feel better is setting bigger and bigger fires. When two popular girls, Emma and Abby, make him a target for cruelty and his only friend, Joel, gets in trouble with the drug dealers for whom Joel was selling, the tension mounts. Cal makes a deadly plan to ensure "none of you are gonna be able to hurt me anymore"; and the people who care about him, including Abby (who develops an affection for him) and a distraught detective who's on his case, must try to save him. Wooding tackles British youth culture with mixed results (for example, the club settings seem authentic, but some of the dialogue feels forced). The majority of the third-person narrative takes Cal's point of view, but occasionally slips awkwardly and abruptly into other characters' (e.g., when Emma stalks Cal at a club; when a bum sees Cal light a factory on fire; when the detective reflects on his own son). Most importantly, readers may find it hard to believe that evil Emma would really go after Cal, or that the detective would, in the end, decide to let him go. Ages 13-up.