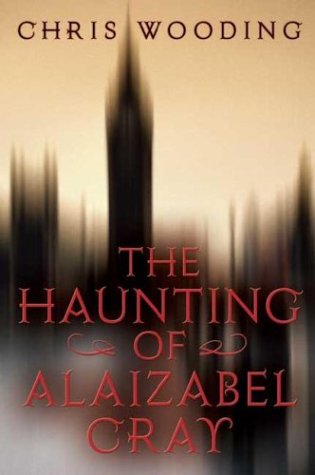 THE HAUNTING OF ALAIZABEL CRAY

"The city of London has a secret heart. It is a clotted thing of crumbling stone and dripping gutters." Wooding ( ) stages his sensuous horror tale on darkened cobblestone streets where horses still pull hansom cabs and gaslights break the darkness. The author sets a riveting pace from the get-go, as 17-year-old Thaniel Fox, a wych-hunter, prowls the Old Quarter in search of a Cradlejack—a "wych-kin" known for taking babies. It is but one of a litany of slithery apparitions purportedly unleashed when the first Prussian airships bombed the city. On this same night, he encounters a half-crazed teenage girl, whom he takes into his care. Alaizabel Cray, he learns, has survived a ritual staged by the Fraternity, an occult fellowship comprised of "the highest strata of society," and an evil spirit is trapped inside her. The cult is also behind a series of London murders, the locations of which map out the shape of a , a kind of tentacled beast. Once the group completes the drawing, they will finish the first stage of their apocalyptic plan. The tactile quality of the prose will make readers feel as if they can touch and smell the dank sewers of the city. Although Wooding leaves some threads dangling (e.g., the unsolved murders of Thaniel's parents; the motivations of a serial killer who takes issue with the fact that the Fraternity's murders resemble his own), readers will only hope for a sequel to tie them up. An imaginative tour de force. Ages 12-up.