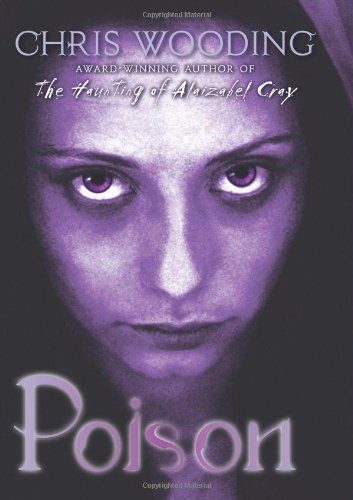 Smart and sassy Poison, the eponymous 16-year-old heroine of Wooding's ( ) dark fantasy is told, "Some of us are born in the right place, and some of us have to go look for it." The erstwhile Foxglove (she renamed herself to spite her stepmother) does not fit among the complacently miserable people of the Black Marshes, a fetid swamp where daily existence is dicey. When her baby sister is swapped for a changeling on Soulswatch Eve, Poison is unwilling to accept fate, and heads out to find the Phaerie Lord to demand her sister's return. Like Dorothy, she picks up a retinue on her journey: a kindly merchant, a dimwitted but sunny witch's maid and the novel's most likeable character, Andersen the cat. This unhappy band narrowly escapes one scary scrape after another, including a creepy brush with very big spiders. Readers who have made note of the many allusions to the tropes and archetypes of fantasy laced throughout the narrative will be on sound footing when, late in the story, Poison literally meets her maker, a human ruler of the Realms whose power lies in the written word. The abrupt turn from the familiar quest story to a more meditative discourse on authorship, free will and destiny is awkward, but the ultimate resolution satisfies. Unlike Dorothy, Poison finds she doesn't need to go home to find a place for herself. Ages 12-up.