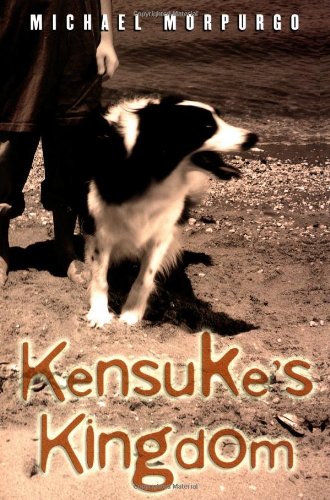 Whitbread winner Morpurgo () tries his hand at high-seas action in this tale of a 12-year-old who washes up on a tiny island in the Pacific in 1988. When the brickworks that employs Mike's parents closes, Mike's father comes up with a novel idea: he invests the family's life savings in a sailboat and hires someone to train the three of them to operate the boat. Before long Mike and his parents, and his faithful dog, Stella, are off on a voyage around the globe. But one night, while alone on deck, Mike falls overboard. After hours in the water and losing consciousness (he dreams someone with strong arms has hauled him to safety), Mike comes to on the shore of an apparently deserted island. Readers hoping for a survival story on the order of or instead will find a highly romanticized tale in which a saddened but wise Japanese army doctor, shipwrecked near the end of WWII and unwilling to return home, not only rescues Mike but teaches him to fish, cook and paint ("As I watched [Kensuke painting] I became so engrossed that the failing light of evening always came too soon for me"). The languid descriptions and the clusters of coincidences create the ambience of fantasy; this story reads like a pleasantly extended daydream. Ages 8-12.