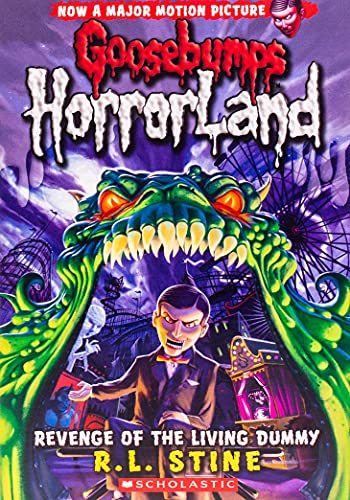 After eight years, the bestselling master of middle-grade horror returns, this time with the first book of a new, deliciously chilling 12-book series. As is planned for the other titles, this suspenseful opener is broken into two equally enjoyable sections—a standalone story and the first installment of what already reads like a ghostly serial at its spookiest. In the same tried-and-true style as the older Goosebumps stories, the standalone involves two smart yet vulnerable kids as they try to bury “Mr. Badboy,” an evil ventriloquist’s dummy with a mind of its own, and a Mumban doll with a shrunken human head that steals minds when touched, before the two dolls can do any major damage. In Part Two, the same characters embark on another petrifying adventure to a mysterious theme park advertised as “HorrorLand: Where Nightmares Come to Life.” All the essential tricks of the trade to keep readers up at night are front and center: the ominous noises at just the right moments, the grisly visual descriptions and the cliffhangers around every corner. Combined with the promise of an ongoing story, this series should easily garner a new crop of scare-addicts. Ages 8-12.