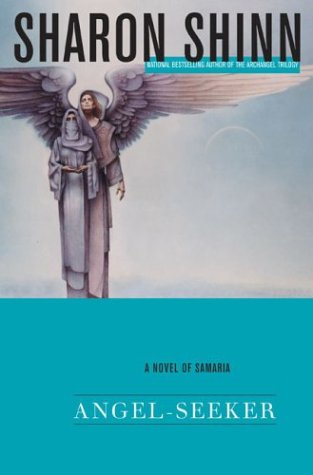 The lack of music as well as emotional depth mars Shinn's otherwise engaging, romance-filled tale of strong, capable women, the fifth entry in her popular Samaria series. The action immediately follows that of the first book, (1996), as new leadership rebuilds Samaria. The angel Obadiah, central to the reconstruction plan, is struck from the sky by an unseen enemy. Wounded, he drags himself to a desert oasis, where rebellious Rebekah, sequestered from men like all Jansai women, defies her tribe and secretly cares for him. Rebekah later encounters Obadiah when she attends a fair dressed as a boy and they begin an intrigue. Meanwhile, Elizabeth, born to a life of privilege, has fallen on hard times. Longing for a return to luxury, she flees to an angel hold to become an angel-seeker, one of many women who desire to attract an angel and bear an angel child, since such a liaison guarantees a comfortable existence in the angel hold. The two women's stories bring them inexorably to a meeting. The music so important to Samaria doesn't ring out—neither of the women sings—and with three protagonists and two love stories, the novel covers perhaps too much ground. Still, Shinn smoothly blends the romantic sensibility of yesteryear with the feminism of today, all in a richly textured landscape.