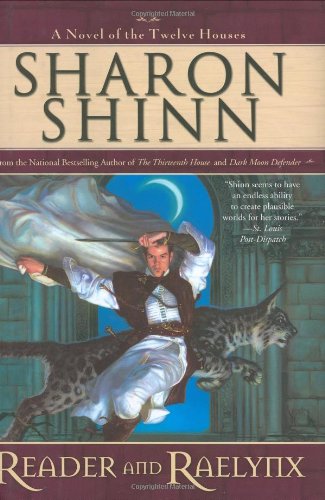 At the start of Shinn's exciting fourth Twelve Houses fantasy (after 2006's ), King Baryn decides it's time to marry off his daughter, Amalie, given the precarious political situation in Gillengaria. Baryn recruits a group of talented mystics, led by gray-eyed Senneth, to help stabilize the succession. Cammon, a commoner with special powers, watches over Amalie as men pay court, even as he and Amalie fall hopelessly in love. As their relationship flowers, the political situation worsens after Baryn's assassinated. Landowners struggle for power and armed clashes begin, but the real battles play out on a personal level. First, Senneth is kidnapped by a hopeful would-be king, Halchon, whose mere touch takes her magic away. Then, Senneth must confront Halchon's sister (and her longtime nemesis), Coralinda, in an epic showdown that unites the mystics in a struggle for their very right to exist. Intrigue, love and magic weave into Shinn's hallmark romantic, happy-ever-after ending.