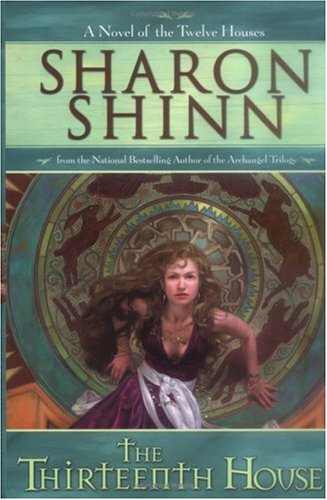 Restless shape-shifter Kirra, having just fallen for a married man and been disowned by her otherwise loving family, needs a break at the start of bestseller Shinn's outstanding second novel in her Twelve Houses series (after 2004's ). Kirra's younger sister, Casserah, provides her one. The newly titled Casserah is supposed to appear at the summer parties thrown by major lords of Gillengaria, but she could care less. Assuming Casserah's form, Kirra sets out on the social circuit in her stead to learn more about the nobles plotting to overthrow the king. Instead of taking the side of the ostensibly oppressed, Shinn dares to be a royalist, though not without sympathy to the underclasses. She brings back Kirra's companions from , adds several enjoyable new characters and paints their journey with a lyrical grace and deep appreciation of camaraderie reminiscent of Diane Duane at her best. Only the one-dimensional villain (always Shinn's weakest point) and the forehead-slapping stupidity of the infatuated lovers mar this superior fantasy series.