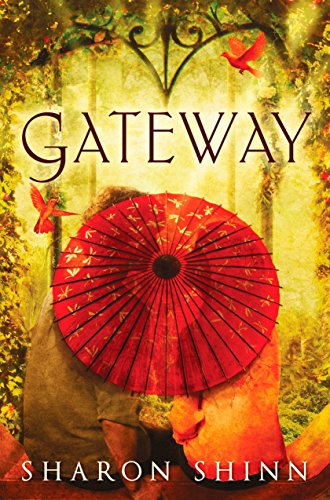 Daiyu was adopted as a baby from China by an American couple, and now as a teenager in St. Louis, a strangely attractive gem sends her into an alternate world where North America was colonized by Chinese settlers rather than Europeans. Daiyu is recruited by Ombri and Aurora, two “servants of the gods” who are also able to move between worlds, to help stop Chenglei, a dangerous traveler who has been elected prime minister of Shenglang (the alternate version of St. Louis and “arguably the most important city on the world called Jia”). But even as Daiyu becomes increasingly fascinated by Shenglang and attracted to Kalen, who assists Ombri and Aurora, she begins questioning everything: is the charming Chenglei truly evil? (“Were Aurora and Ombri simply interdimensional bounty hunters who had their own agenda?” she wonders. “How could she possibly know?”). Shinn's ( ) fantasy finds the right balance between adventure and romance, while illuminating how seductive evil can be and that sometimes the best weapon one can possess is a skeptical mind. Ages 12–up.