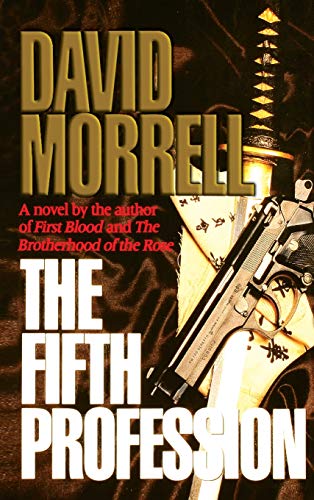 The author of The Brotherhood of the Rose and First Blood , which introduced Rambo, has written a tale with intriguing potential as an exploration of memory, time and identity, but the promise is squandered in a welter of confusion. Ex-SEAL Savage (identified only by his surname), is an ``executive protector,'' a member of the ``fifth profession'' who provide protection and vengeance for their clients. Assigned by the cadre's founder to guard a Japanese tycoon just arrived in the U.S., Savage barely survives a murderous attack during which the tycoon and Savages' Japanese counterpart, bodyguard Akira, are apparently killed. Months later, on a mission to rescue the American wife of an abusive Greek shipping magnate, Savage encounters Akira again. Each man recalls seeing the other die. Joining forces to solve the mystery, they discover that the hotel where the ``killings'' occurred never existed, and that there's no trace of Savage's stay in a Harrisburg hospital. When the ``murdered'' tycoon appears on TV leading anti-American rallies in Japan, Savage and Akira head there, the abused wife in tow. Much violence, great danger, CIA involvement and lots of mental anguish precede the gory, sentimental end, by which time readers will long have tired of the murky diction, e.g.: ``arteries swelling, blood soaring through them.'' 100,000 first printing; $150,000 ad/promo. (May)
close
Details