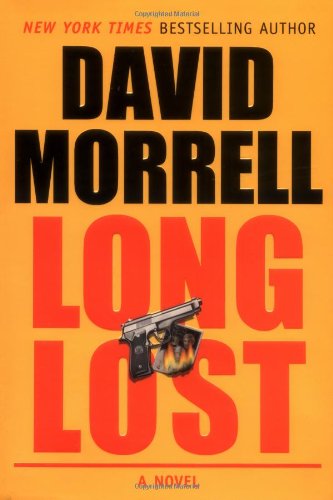 Like Robert Ludlum, Morrell began his bestselling career with short, tough action yarns (; ), then moved into very long, very complex conspiracy thrillers (). This modestly exciting thriller is a return to his old laconic style, but what's missing is the original plotting that has marked so much of Morrell's fiction. The novel does boast a first-rate setup: narrator Brad Denning is on top of the world, with a great career as an architect, a wonderful wife, Kate, and son, Jason, 11—never mind the trauma that scarred his youth, when his 11-year-old younger brother, Petey, was kidnapped, never to be found. Now a "rough-looking" man shows up outside Brad's Denver office, claiming to be the long-lost Petey. Brad takes Petey, who's apparently become a hard-knock drifter, into his home. Days later, Petey pushes Brad off a cliff, leaving him for dead. Battered Brad claws his way home to find Petey gone, along with the presumably kidnapped Kate and Jason. The remainder of the novel details Brad's cross-country attempt to track them down. Morrell tosses in a major complication when it appears that Petey may not be Petey after all, but few readers will be surprised by the novel's conclusion. Along the way, there are several strong action sequences, particularly one in which Brad gets trapped in a dark, snake-infested cellar, but Morrell has written this sort of pitch-black action scene before. The novel is slick, but there's little in it that's unexpected.