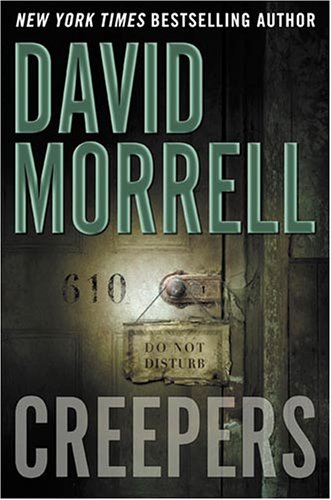 Morrell takes a creative kind of breaking-and-entering as the premise for his latest thriller (after ), a gripping story that demands to be read in a single sitting. Disguising himself as a journalist, Frank Balenger, ex-U.S. Army Ranger and Iraqi war veteran, joins a group of "Creepers," also known as infiltrators, urban explorers or city speleologists—men and women who outfit themselves with caving gear to break into and explore buildings that have long been closed up and abandoned. Though what they're doing is technically illegal, participants pride themselves on never stealing or destroying anything they find at these sites. They take only photographs and aim to leave no footprints. Balenger joins a group of four: the leader, Professor Robert Conklin, high school teacher Vincent Vanelli and graduate students Rick and Cora Magill. This gang infiltrates the Paragon Hotel, an abandoned, seven-story, pyramidal Asbury Park, N.J., structure built in 1901 by eccentric, hemophiliac Morgan Carlisle. Balenger and the professor have a special agenda, but the others are there simply for the thrills. Things quickly begin to unravel in life-threatening ways once the intrepid infiltrators penetrate the building—they aren't the only ones creeping around the spooky hotel. Morrell delivers first-rate, suspenseful storytelling once again.