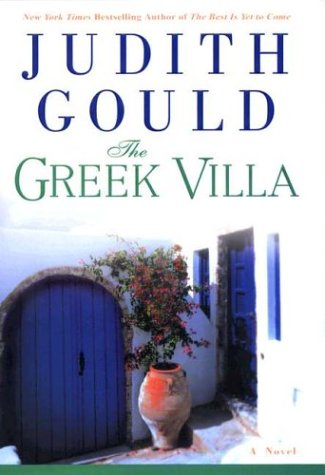 A young journalist and aspiring novelist takes a job on the Greek island of Santorini and is plunged into peril and mystery in this contrived but lively romantic drama. Tracey Sullivan, a cub reporter at a Miami television station, lives with her beloved father and is engaged to Fortune 500 scion Brian Rutherford Biggs III. On the very same day that she learns Brian has been two-timing her, she is called to report on a suicide, only to discover on air that the victim is her father ("That... that car they just pulled out of the river... I... I know that car. The driver's name is... The driver's name was... one Thomas Sullivan of Coconut Grove"). In going through her father's belongings, Tracey discovers a photograph of the mother she never knew, who bears a remarkable resemblance to famous actress-turned-writer Urania Vickers. Another implausible coincidence—Urania and Tracey share an agent, the handsome Mark Varney—gets Tracey a gig as Urania's ghostwriter in stunning Santorini. Mark is on the premises, too, to Tracey's delight, but the spoiled, possessive Urania has him firmly in her grasp. Meanwhile, back in Miami, Tracey's friend Maribel investigates Tracey's father's death and Brian's corporate connections, and little by little unravels an elaborate scheme that eventually threatens Tracey's very existence. Elements of the gothic and the supernatural (an amulet, a mysterious tower, eerie cries in the night) crank up the melodrama a few more notches. Gould's loopy plotting is over-the-top, but readers willing to suspend disbelief will get plenty of bang for their buck.