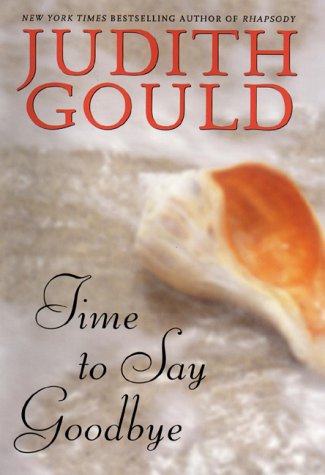 Set in California's Santa Cruz mountains, Gould's (Till the End of Time; Rhapsody) new drama tells a story of selfless love colored by the machinations of players in the high-stakes orchid business. But plot clich s and hyperventilated dialogue mar this tale of jealousy, betrayal and sacrifice. Young, attractive couple Josh and Joanna Lawrence run a successful nursery, supplying some of the world's most sought-after orchids. The Lawrences inherited the business from Joanna's father, along with a gorgeous mansion and the Lawrence family maid, Connie Cespedes. Connie's brother, Carl, manages the greenhouses and his wife, Luna, handles administrative matters. All appears serene in this close-knit enterprise, but Joanna is hiding a secret from Josh: she has been diagnosed with terminal brain cancer and has only a few months to live. Before she dies, she wants to complete two projects, one of which is to build a peaceful grotto in an old stone building behind the house. In hiring artist April Woodward to carry out her plan, Joanna fulfills her second purpose, which is to prepare for her successor in Josh's life, by cultivating a friendship with April and bringing her into their home. Meanwhile, Joanna's jealous sister, Christina, is busy trying to ruin her sister's happiness. The thrice-divorced Christina begins an affair with Peter Rossi, the unscrupulous owner of a rival orchid nursery. Together, they attempt to sabotage the Lawrence greenhouse and force Joanna and Josh to sell out, eliciting the aid of one of the Lawrences' trusted employees. Despite the stretch of credibility that Joanna's noble sacrifice requires, this might have been a sensitive, quirky tribute to selfless love. But its lack of stylistic grace and a predictable denouement worthy of a bodice-ripper keep it soapily formulaic. (Aug.)
close
Details