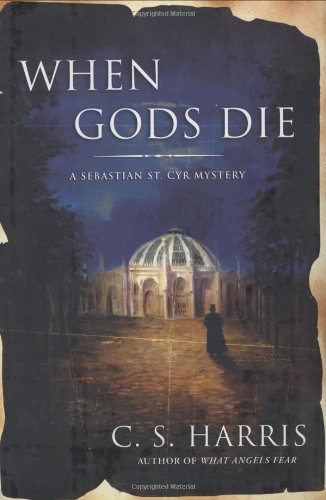 Fans of quality historical suspense who mourn the end of the late Kate Ross's Julian Kestrel mysteries and the late Bruce Alexander's Sir John Fielding novels should find solace in the work of promising newcomer Harris, whose series (beginning with 2005's ) is set in Regency England. The ability of Harris's detective, Sebastian St. Cyr, the Viscount Devlin, to mingle freely with the cream of society leads to his receiving a highly sensitive commission. Given the perilous state of the English monarchy in 1811, the discovery of the dissolute Prince Regent with a murder victim in his arms makes the death of the beautiful young wife of an aristocrat even more scandalous. St. Cyr is charged by the powers that be with solving the crime and absolving the royal suspect. The author deftly combines political intrigue, cleverly concealed clues and vivid characters for a fast-moving story that will have readers eagerly anticipating future volumes in the series.