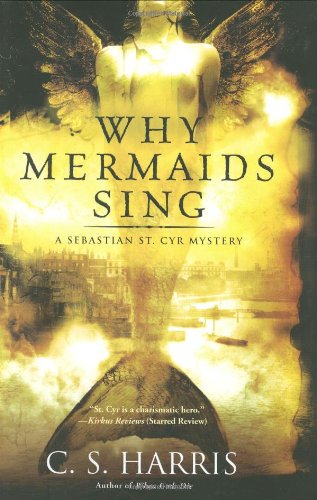 While appending a serial killer plot line to a historical setting is nothing new, Harris imbues what could be an overdone and tired narrative device with refreshing novelty, making his third Regency-era whodunit (after 2006's ) a triumph. Sebastian St. Cyr, an unconventional nobleman with a talent for detection, is called in by Westminster chief magistrate Sir Henry Lovejoy after two scions of the upper classes are found butchered and left on public display. St. Cyr soon finds a connection between the killer's calling card and a John Donne poem. As shadowy figures threaten and the parents of the victims display an inappropriate hostility to his efforts, the sleuth doggedly persists, uncovering a secret with shocking repercussions for London's upper class. Neatly meshing the page-turning whodunit plot with major developments in St. Cyr's love life, Harris shows every indication of assuming the mantle of the late Bruce Alexander as a reliable producer of quality period mysteries.