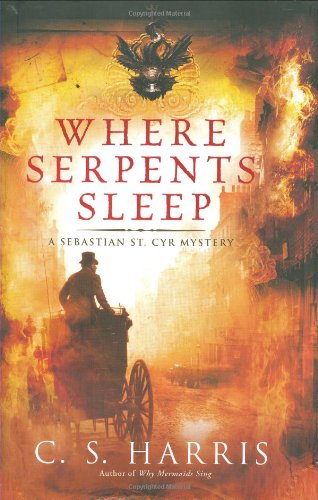 The savage murder of eight prostitutes at a London house of refuge provides Sebastian St. Cyr with yet another challenging puzzle in Harris's outstanding fourth mystery to feature the Regency-era gentleman sleuth. St. Cyr, who's been despondent ever since a stunning personal revelation toward the end of 2007's , is roused from his funk by Hero Jarvis, the fearless and independent daughter of his mortal enemy. Jarvis, who was doing research at the house of refuge at the time of the murders and barely survived the massacre herself, asks for St. Cyr's help in tracking down those responsible. The amateur detective finds no shortage of suspects, ranging from the pimp of some of the dead girls to Bow Street magistrate Sir William Hadley, who had patronized them. While the developing attraction between St. Cyr and Jarvis is a little too predictable, Harris does a nice job of weaving the many plot strands together while exploring the complex character of her protagonist.