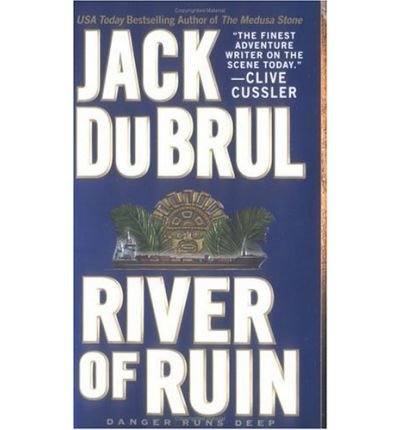 Jam-packed with action and larger-than-life heroics, DuBrul's latest (after ) sets geologist Philip Mercer on a course to save the world once again. This time he's in Panama, where he uncovers a Chinese plot to bomb the canal with nuclear weapons in order to strong-arm the U.S. into allowing China's takeover of Taiwan. Though teeming with up-to-the-minute technology (such as an experimental but deadly long-range cannon), the novel possesses a surprising Cold War perspective toward China. DuBrul demonstrates his knowledge of everything from geology to mechanics through prose that is at times too technical for the lay reader, but he lends his protagonist a welcome touch of emotional complexity. Mercer's softer side surfaces in his dealings with sexy heroine Lauren Vanik, a U.S. army officer, and, to a different extent, when his recollections of an old mentor prevent him from succumbing to diabolical Chinese torture. Despite these introspective moments, this is an adventure story at heart, and the action scenes come fast and furious, in sewers, factories, giant ships and more. It's evident from the outset that Mercer and his team will come out on top, but the fun is watching DuBrul untangle his own skillfully woven knots.