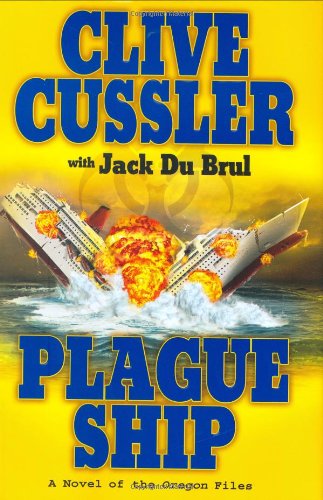 In the dependably entertaining if less than top-notch fifth Oregon Files thriller from bestseller Cussler and Du Brul (after ), Capt. Juan Cabrillo, who heads the Corporation, a covert military company for hire, and the multifaceted crew of the , a high-tech ship disguised to look like a tramp steamer, take on a group known as the Responsivists. The Responsivists publicly espouse a program of global population control, but are secretly planning a devastating attack on the human race utilizing a virulent virus found aboard an ancient ship that may be Noah’s Ark. The authors are up to their usual high standards when in fighting mode, though the chief villain, the doctor who heads the Responsivists, falls short of Juan’s billing as “the single-most-evil human being I have ever met.” Readers may wish that next time out the bad guys put up more of a struggle.