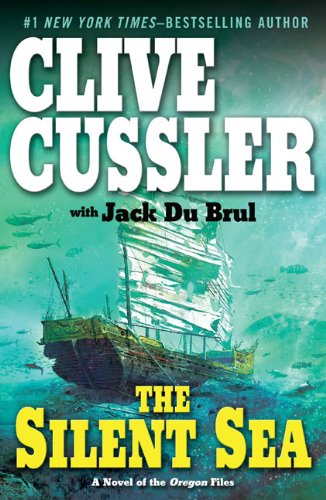 In the winning seventh entry in the Oregon Files nautical adventure series from bestseller Cussler and Du Brul (after ), Juan Cabrillo, the heroic skipper of the , a state-of-the-art warship disguised as a tramp steamer, faces a multitude of difficulties and challenges. A fabulous pirate treasure may lie at the bottom of a deep well on Pine Island in Washington State. In Argentina, a junta of generals has seized power and turned the country into a police state with designs on the rest of South America. The discovery of the remains of a WWII-era blimp in the Argentine jungle ups the ante. At the bottom of the sea off Antarctica, where the Argentines have opened a secret oil field, lies a huge, ancient Chinese vessel, which could help the Chinese, who are in league with the Argentines, in any legal claim to Antarctic territory. The action seesaws from subtropical jungles to the bitter cold of the Antarctic as Juan leads his band of intrepid scientist warriors into battle against a host of nefarious enemies. A cliffhanger ending will leave fans panting for more.