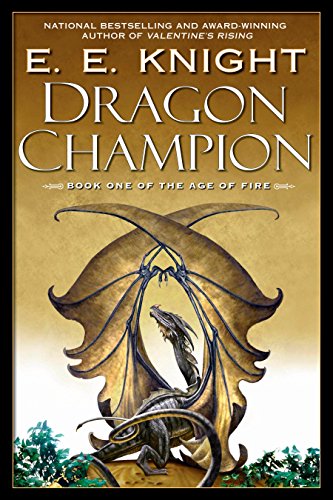 Dragon Champion: Book One of the Age of Fire

Knight, best known for his Vampire Earth mass market series ( , etc.), makes an auspicious trade paper debut with this smoothly written fantasy told from the point-of-view of its dragon hero. Four dragon hatchlings, flameless and dependent on their father to bring home horses and even men as food, face a host of dangers, including fierce dwarves who invade their cave. Only Auron, the pride of the litter, will survive to fight those determined to drive his breed to extinction. Some flat poetry that poses no threat to Tolkien only slightly slows the brisk pace of this bloody, unsentimental fairy tale.