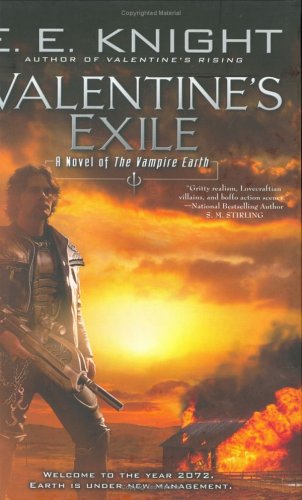 Knight's fifth novel in his Vampire Earth series, the first in hardcover, has lost none of the compelling pulp-adventure flavor of its mass market predecessors ( , etc.). Postapocalyptic Earth has been occupied for 50 years by alien Kurian invaders, who use their blood-drinking Reaper avatars to keep what's left of humanity in line. The Texas Republic and Ozark Free Territories have recently made some headway against the Kurians, and heroic resistance leader David Valentine continues his fight to save Earth by kicking Kurian tentacles whenever possible. Complications arise when Valentine tries to find out what happened to a wounded comrade's ex-wife, then is arrested on trumped up torture and murder charges connected with his handling of some prisoners. The sympathetic hero, fast-paced action and an intricately detailed milieu set in various well-imagined regions of 21st-century North America make for an entertaining read.