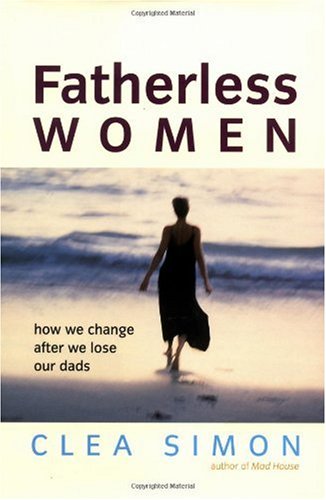 FATHERLESS WOMEN: How We Change After We Lose Our Dads

When fathers die, says Simon (), a journalist, their daughters may experience crucial changes in their lives. Some will feel freed of their father's expectations and strictures. Some will want to have a baby. Some will already have worked out their issues with their dads years earlier and will simply feel grief at the loss of a parent. Some will forge a whole new relationship with their mother, if she's still living. Everything is possible, and may depend on the daughter's sexuality and age, on whether the parents were divorced or unhappy with each other. Or none of these things may happen, or if they do, they may depend on the aforementioned factors. Such rampant indeterminacy is meant to sound embracing and supportive; instead, it reads like equivocal psychobabble. Despite plenty of valid and judicious observations ("When we lose a parent, we move up a step in the generational hierarchy"), the narrative feels flat and unsubstantiated. Simon writes mostly based on her own experience of her father's death and has also talked to friends and read some popular psychology books on fathers and daughters and on death and grieving. Her friends' experiences are used to illustrate some of the ways paternal death affects daughters, while experts are invoked to give the book some clout.