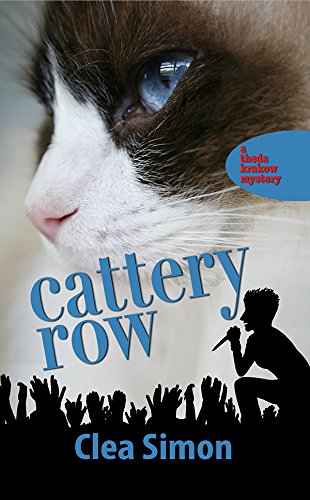 In Simon's satisfying second kitty cozy (after 2005's ), spunky Boston journalist Theda Krakow and her feline friend, Musetta, are plunged into a crazy quilt of cat-related crime. In recent months, eight catteries near Beantown have been broken into, and expensive show cats stolen. Theda is puzzled over these thefts—without documents of their lineage, the cats are practically worthless, so why would anyone steal them? Then, one of Theda's friends, eccentric cat-breeder Rose Keller, lets on that she's received some threatening phone calls. A few days later, Rose turns up dead. Meanwhile, a blues singer called Cool tells Theda that she's being blackmailed. Someone has evidence that Cool has been drinking and using prescription drugs. (This is the weakest strand in the plot—would a celebrity musician shell out big bucks to keep a little pill-popping secret?) With its well-developed cast of characters and a multilayered plot, this feline mystery is the cat's meow.