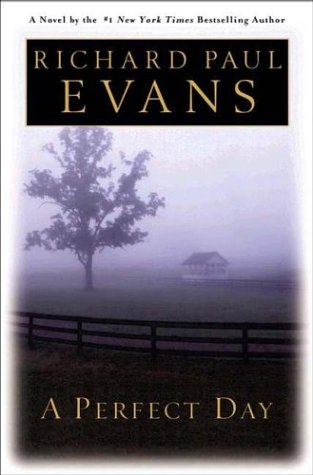 Almost 10 years ago, Evans's first novel, , became an enormous bestseller, thrusting him into the international spotlight. In his present novel, good guy protagonist Robert Harlan writes a novel titled , about his wife, Allyson, and her relationship with her beloved father. The book comes out to popular acclaim, rockets up the charts and thrusts Robert into a new life of fame and fortune. An extended book tour, constant interviews, the adulation of millions of women, and a greedy Hollywood agent soon begin to erode his perfect marriage to the patient, loving, beautiful Allyson. There have been other books about authors self-destructing after great success— by Herman Wouk, to name a notable example—but it's a story that seems timeless, still able to enthrall readers. Evans freshens the material by bringing in a hipster angel with attitude ("Actually, angel folklore is the height of nonsense, right up there with the Easter Bunny") and some bad news for Robert: in 40 days he's going to die. Robert begins to see his life in a new light, realizing that his pre-fame love for his wife and daughter is what he has wanted all along. But is it too late? Robert learns man's purpose on earth ("") and returns to hearth and home, hoping Allyson will take him back before he dies. The inevitable twist is clever, the writing throughout assured, the sentiment unapologetic and the author confident that he knows just what his readers want and that he's the man to give it to them.