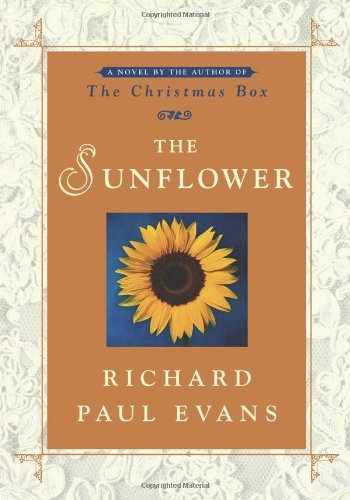 Author of the smash and spinoffs, Evans delivers an entertaining albeit syrupy picking-up-the-pieces romance. Heartbroken and bereft when her fiancé backs out a week before the wedding, Christine Hollister allows herself to be talked into a volunteer work trip to Peru by best friend Jessica so that the pair can work together in an orphanage called the Sunflower. There she meets Paul Cook, the handsome but damaged former ER doc who left the U.S. after being blamed for a series of tragic Christmas deaths on the ward. The budding romance between Paul and Christine is totally predictable (including the awkwardness of their initial meetings). Evans adds a nice dramatic touch when Jessica's newfound boyfriend is seriously hurt while guiding a group of orphanage workers through the mountains near Machu Picchu, and he has a nice feel for framing devices, dialogue and scene-pacing. Evans also puts the jungle setting to good use during the couple's "dates." Although the various references to Christmas feel gratuitous, and a sudden appearance by jilter Martin doesn't do much to make the ending harder to anticipate, the finish nonetheless remains satisfying.