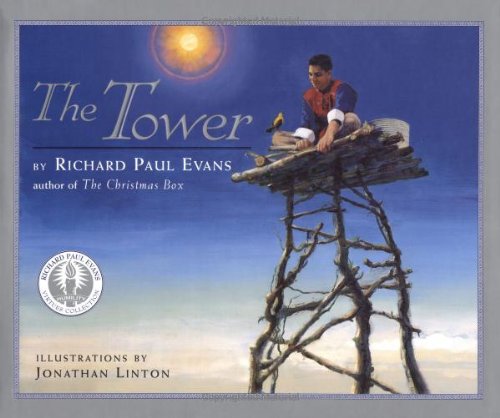 THE TOWER: A Story of Humility

This leaden title in the Richard Paul Evans Virtues Collection spotlights humility. Determining that greatness means having everyone look up to him—literally—a proud young man in long-ago China builds a tower and isolates himself from his fellow villagers. Loneliness is a small price to pay, and anyway, "Why would he want to associate with those so much lower than himself?" When a bird questions his choices and tells him of an old woman "even we birds look up to," the young man sets off to find her. Ultimately her counsel moves him: "Being seen and being great are not the same thing.... To be great is not to be seen by, but to truly see, others." Didactic and clichéd, Evans's () text does little to engage young readers. The illustrations fare better. The Chinese setting affords an exotic flavor in Linton's realistic oil paintings, and the character studies are a deft mix of light and shadow played out with strong brush strokes and vivid color. All ages.