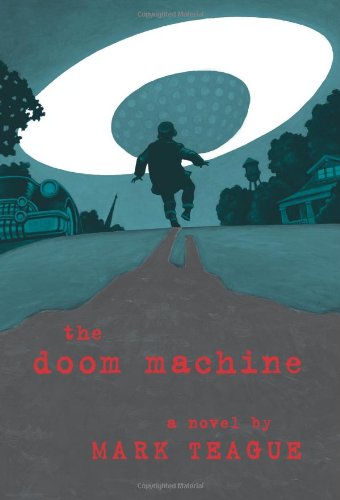 Picture book author/illustrator Teague ( ) has produced a madcap, heavily illustrated tale chockfull of malevolent aliens and superscience as well as a fair share of silliness. The year is 1956 and young Jack Creedle is a good-natured juvenile delinquent who can work wonders with engines, while his disreputable Uncle Bud may just be the world’s greatest inventor. Equally brilliant are Isadora and her straitlaced mother, Dr. Shumway (“A lady scientist!” remarks the mayor of Jack’s town after the Shumways are stranded there. “That’s something you don’t see every day”). When alien skreeps, led by Commander Xaafuun (who hates “ooman bings”), invade in search of Bud’s most recent invention, Jack and Isadora are caught up in a rollicking interstellar adventure, replete with a crew of space pirates, a deposed princess, a wide variety of monsters and a pugnacious rooster named Milo (“Growing up had made the chicken mean. He was a typical Creedle in that way”). Borrowing wildly from pulp fiction, bad movies and even Vonnegut’s , Teague has a wonderful time with this occasionally disjointed but endlessly inventive first novel. Ages 9–12.