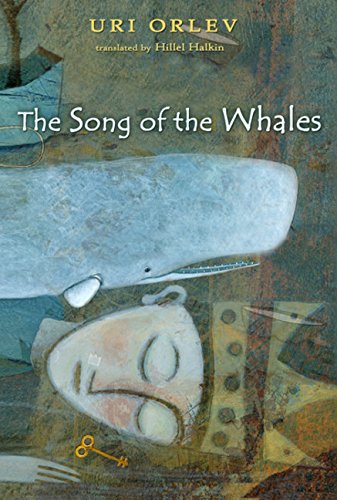 The Song of the Whales

Orlev ( ) blurs the edges of dream and reality in this story about Michael, a friendless child of self-absorbed parents, who “[doesn't] like sports or computer games,” preferring the company of his Plasticine figures and the old men in his neighborhood. When his family moves to Israel, Mikha'el (as he's known there) forges a strong bond with his ailing grandfather, who takes him into his dreams. The two share surreal nocturnal adventures, in which Grandpa “fixes” people's dreams––a gift he passes on to Mikha'el. While Orlev writes with deep empathy for the misfit Mikha'el and his relationship with his dying grandfather, the abrupt shifts from dream to the “really real world” can be jarring and the dreams bizarre. In one nightmare, intended to reform Mikha'el's parents' meat-eating ways (Grandpa is a vegetarian), animals in a restaurant are eager to chow down on Mikha'el's father, who appears as roast beef topped “with side dishes of contracts, account books, and income tax returns.” A strange tale, but a diverting escape, perhaps, to those also at odds with the really real world. Ages 10–up.