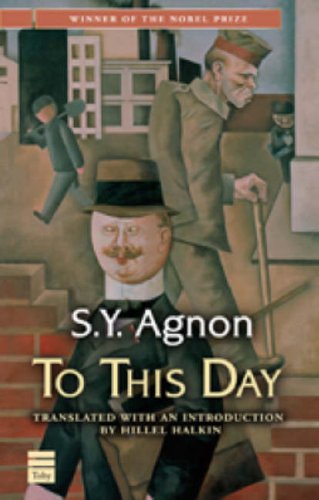 First published in 1952, this subtly woven, comic tale by Nobel Prize–winner Agnon is set in Germany during World War I. A young scholar writing a book on the history of clothing has strayed from his Austrian, Orthodox Jewish roots, ending up in Berlin at the outbreak of war, searching for a quiet place to stay, but compelled to move restlessly from one room to another. A letter by the ailing widow of the renowned Dr. Levy prompts him to set out for Grimma, in the hope of becoming the executor for the doctor’s vast Jewish library; however, he is waylaid in Leipzig by a former actress friend, Brigitta Schimmermann, now a fashionable wife who runs an important nursing hospital. Eventually abandoning his mission, he heads back to Berlin where he moves among boarding houses, befriending the various proprietors and their daughters, meeting war-damaged friends at nightclubs and observing in his detached manner the desperation and decadence of a society on the brink. Translator Halkin offers a masterly introduction to this deeply moralistic work that portrays the Jew in diaspora with neither country nor room, seeking God’s plan in what might only be happenstance.