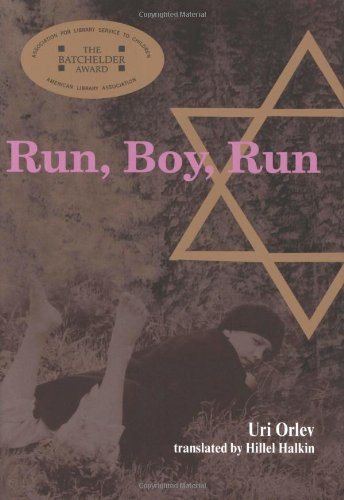 Orlev ( ), an award-winning writer and Holocaust survivor who now lives in Israel, devotes this memorable novel to the extraordinary true story of an orphaned Jewish boy's experiences in Poland during the war. As in most such tales, eight-year-old Srulik's account combines encounters with the unfathomably cruel and the genuinely charitable. Readers who have some familiarity with Holocaust memoirs will not be surprised by stunning coincidences and improbable events; others may grasp that survival against nearly insuperable odds depended on not one but many unlikely twists of fate. For example, Srulik—who escapes from the Warsaw Ghetto toward the beginning of the novel, survives in the forest, works for farmers and learns to pass for Christian—is later turned in to the Nazis and runs away; when he finds work again, his new boss brings him to town to register him (for the benefit of increased rations) and unwittingly delivers Srulik back to the same Nazi officer who had interrogated him. But the officer, who knows Srulik is Jewish, doesn't arrest him; rather, he sends him to work for his girlfriend. Later, when Srulik's arm is mangled on the job, a Polish doctor refuses to operate because Srulik is a Jew, and Srulik's arm must eventually be amputated. Srulik's response typifies his reactions throughout: he doesn't have the luxury of assessing his losses, or mourning them, he simply figures out how to manage with what he has left. It is this perspective—authentic, childlike and wrenching—that will pierce the audience's heart. Ages 10-up.