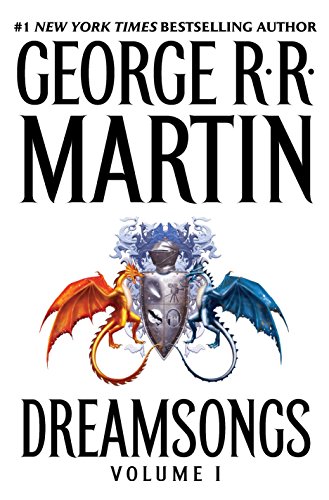 Martin may be best known for his Song of Ice and Fire epic fantasy, but this mammoth collection of short stories (the first of two volumes) highlights his work in numerous genres, including SF, horror and fantasy. Focusing on Martin’s early output, volume one features “The Second Kind of Loneliness,” originally published in 1972, which chronicles a man’s insanity-inducing introspection millions of miles from Earth; the 1975 Hugo Award–winning “A Song for Lya”; “The Pear-Shaped Man,” a disturbing horror masterpiece about a creepy apartment neighbor; and more obscure works like a 1967 fanzine story starring the Astral Avenger and an unconventional college term paper about the Russo-Swedish War of 1808. An insightful introduction by Gardner Dozois, illustrations by Michael Kaluta and extensive—and candid—author commentary make this much more than just a compilation of stories. Fans, genre historians and aspiring writers alike will find this shelf-bending retrospective as impressive as it is intriguing.